Yesterday, Toronto Public Health issued a bulletin with respect to the cases of the undiagnosed viral pneumonia which are being investigated by health authorities in the City of Wuhan, in central China. Chinese authorities have engaged the World Health Organization (WHO) to assist with the investigation. The WHO reports that the main symptoms of this pneumonia are a fever followed by difficulty breathing. Toronto Public Health is not aware of any reported cases of this illness in Canada and the overall risk to residents is considered very low.

Written by Jim Karygiannis on April 25, 2019. Posted in Community Issues and Events

The City of Toronto is in the fourth phase of cutting the grass on public boulevards in our Ward. From July 10th to July 28th the cut will start from the eastern part of Victoria Park going east in our ward past Kennedy Road. 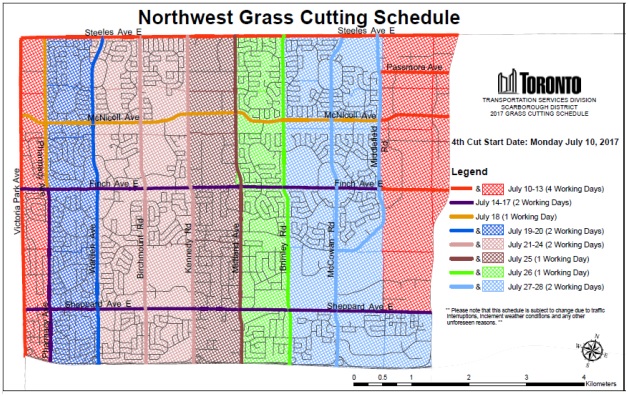 The City of Toronto encourages residents and visitors to take advantage of City programs and attractions offered during the year-end holiday period. Most City of Toronto operations and all municipal offices will be closed on Monday, December 26 and Tuesday, December 27, as well as Monday, January 2. City services that regularly operate 24 hours a day, seven days a week such as 311 Toronto and emergency services will be available. Information about curbside waste collection is provided later in this news release.

Written by Jim Karygiannis on December 11, 2016. Posted in Community Issues and Events 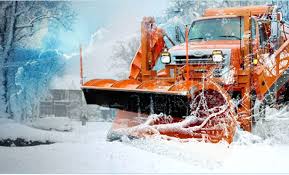 It’s that time of the year again – winter!

A Canadian winter sometimes means a lot of snow. The City of Toronto is ready.

Here are a few things that you can expect as we gear up for another winter in Toronto.

Prior to the onset of a storm, Transportation Services will be applying a layer of salt brine to hills and bridges throughout the city. The application of salt brine is intended to prevent the snow from bonding to the pavement and to make it easier to plow the snow to the side of the road.

Recreational opportunities at City of Toronto attractions on Thanksgiving Monday

Written by Jim Karygiannis on September 21, 2016. Posted in Community Issues and Events, Upcoming

When I served as the Member of Parliament for Scarborough-Agincourt, my office held Seniors’ Information Sessions for several years .

This fall, we are continuing the tradition and hosting a Seniors’ Information Session.

Written by Jim Karygiannis on September 21, 2016. Posted in Community Issues and Events, Newsletters

This fall, we are continuing the tradition and hosting a Seniors’ Information Session. The Seniors’ Information Session is designed to help seniors and their families learn about the benefits and programs offered by the Municipal, Provincial and Federal governments, as well as community organizations. Representatives will be setting up booths where you can obtain information and ask questions about the services they provide; discuss issues of interest to you; and, express your concerns. Many of the participants will be making presentations.

Written by Jim Karygiannis on September 17, 2016. Posted in Community Issues and Events

The City of Toronto is now offering property owners the option to receive their utility billings on a monthly basis as part of a one-year pilot project. Why enrol in the Monthly Utility Billing program?