Written by Jim Karygiannis on May 17, 2019. Posted in Clippings, Video - You Tubes

WATCH ABOVE: Three Toronto city councilors are appealing to the Ford government’s plans to reduce funding to paramedic services. They say Toronto is already 300 members short. Jamie Mauracher has more at City Hall.

In a press conference on Friday morning, Mike Merriman, Toronto Paramedic Services unit chair for CUPE Local 416, said the funding freeze by the provincial government, which accounts to $3.8 million for services, is equivalent to around 60 fewer paramedics in the city.

“They (paramedics) cannot keep up with the ever-increasing call volume and the lack of staffing. We’re approximately 300 paramedics short as of today and we needed a mass infusion of paramedics yesterday,” Merriman said.

“Things are that bad. It’s taking us a lot longer to get to calls, and I truly believe public safety is at risk. People’s lives hang in the balance.”

Last month, the province notified the City of Toronto that this year’s land ambulance grant funding would remain unchanged from 2018. Toronto Paramedic Services said the funding freeze would result in a $3.8 million shortfall or cut.

Jim Karygiannis, councillor for Ward 22, Scarborough-Agincourt, said he’s calling on Premier Doug Ford and his cabinet to rescind the move as it greatly affects response times for paramedics.

“If there’s a crisis in North Etobicoke and we need to get somebody to respond there, it will take an extra 15 per cent longer. That’s totally unacceptable,” Karygiannis said.

He urged residents to pick up the phone and personally call the premier. Karygiannis gave the premier’s personal phone number at the press conference.

Joe Cressy, councillor for Ward 10, Spadina-Fort York, added that councillors are sounding the alarm because they know less funding will make things worse, if not dangerous.

“This province, not only are they cutting funding from public health and impacting our ability to keep people healthy, they’re now cutting funding of $3.8 million to paramedic services,” Cressy said. “So they’re not helping us prevent diseases in the first place, and if you get sick, they’re making it harder for us to respond to help people.”

Last month, Toronto Mayor John Tory announced that Toronto Public Health was advised that the province would be slashing approximately $1 billion in funding over the next 10 years.

Written by Jim Karygiannis on February 25, 2019. Posted in Media Releases, Video - You Tubes

Local residents and doctors gathered at the L’Amoreaux community centre Monday night for a meeting to share their concerns about the impending cuts at Scarborough Grace Hospital.

Local residents and doctors gathered at the L’Amoreaux community centre Monday night for a meeting to share their concerns about the impending cuts at Scarborough Grace Hospital. Maleeha Sheikh reports.

Written by Jim Karygiannis on January 19, 2019. Posted in Clippings, Video - You Tubes

The public has until Jan. 24 to submit feedback on the proposal to close the pediatrics and obstetrics departments.

Should Toronto wards be allowed to ban cannabis dispensaries?

Written by Jim Karygiannis on December 12, 2018. Posted in Clippings, Video - You Tubes

Should Toronto wards be allowed to ban cannabis dispensaries?

Since recreational cannabis became legal in October, individual provinces and municipalities have been working to iron out the finer details of what the new regime will look like in their jurisdictions.

Toronto city councillor Jim Karygiannis says he supports Doug Ford’s move to cut council seats because it will fix what he says is an “unequal balance” between downtown representation and representation of the suburbs.

Written by Jim Karygiannis on July 27, 2018. Posted in Clippings, Video - You Tubes

During his campaign, Doug Ford promised no cuts. But now he’s about to make a big one at city hall –cutting the number of city councillors by about half.

Written by Jim Karygiannis on May 4, 2018. Posted in Clippings, Video - You Tubes

Following the winter storm in April, it’s evident Toronto faces unseasonable weather now and then. Because of this, there’s heat being put on the city to make changes to a bylaw, some say is confusing.

“If it was doing the job, we wouldn’t have this crisis every single season.”

Back in September 2017, the City of Toronto experienced a heatwave that brought on unbearable temperatures just days before the start of fall.

Yet some landlords reportedly cut the air conditioning and turned on the heat, as a city heat bylaw took effect mandating landlords to maintain temps at 21 C in units.

Several city councillors made public pleas, asking landlords to turn the heat off during the soaring temperatures.

On Friday, the city’s Municipal Licensing and Standards Committee will be accepting a report on extreme heat in apartment buildings.

According to the document, it is reported that only six per cent of the city’s apartment buildings in the city have air conditioning.

There are five recommendations set out by the committee that will be reviewed. Among them, that a working group is established strategies that would address indoor temperatures.

That committee will also review whether it it’s ‘feasible’ to require apartment buildings to take additional steps in either providing air-conditioned spaces or undergo renovations to accommodate tenants during extreme weather conditions.

There are also recommendations to make amendments to the heating bylaw that would communicate to landlords to use judgement when turning the heat on and off, as the Sept. 15 to June 1 dates aren’t set in stone.

“We have to make sure that the rental buildings are able to step up and provide either heating or cooling for their tenants. We also have to make sure we assist them in retrofitting themselves and allow them to retrofit,” Jim Karygiannis, councillor for Scarborough-Agincourt, explained.

“That also needs a conversation with the provincial and federal government.”

Coun. Karygiannis said many of these rental buildings are 50 to 60 years olds and may require a lot of work, and to avoid passing the bill on to tenants, governments at all levels need to be involved.

Coun.Matlow calls the report timid and that staff needs to be more aggressive in responding to this growing need.

“Every time I’ve gone to the city of Toronto asking them for support to revise the bylaw, candidly, I’ve seen feet drag and that’s not good enough,” Matlow said.

“My hopes is that the City of Toronto will take more aggressive action on providing a better bylaw.”

Just last week, Coun. Matlow introduce a separate emergency motion that is before council for debate.

Among the recommendations — heat alert days be established, meaning landlords would be directed to either turn the heat off or turn the air conditioning on to ensure the temperature in the units are reasonable encourage buildings to allow for safe window openings, and to make revisions to the heat bylaw.

“What I really believe we should do is make sure there’s a standard where we don’t allow apartment buildings to go over a certain temperature, and if they do, landlords need to do something about it,” Matlow explained.

“Whether it be getting the heat off, or providing air conditioning, allow for a certain portion of a window to open.”

In a statement to CityNews, Mayor John Tory’s Office said he’s confident staff’s recommendations would help to improve the bylaw.

“(The mayor) understands the frustration many tenants experience when it comes to the temperature of their unit,” a spokesperson said in an email.

“The recommendations, if approved by committee and council, would also ensure tougher penalties for landlords who are caught breaking the existing rules.”

Written by Jim Karygiannis on April 17, 2018. Posted in Email Updates, Video - You Tubes

Further to my email of yesterday, I have received numerous calls and questions as to what is happening with snow clearing.

If you wish to see my comments on CTV Toronto please click here:

Unfortunately, City staff, supported by the Mayor, decided that we did not need to clear the streets and sidewalks. 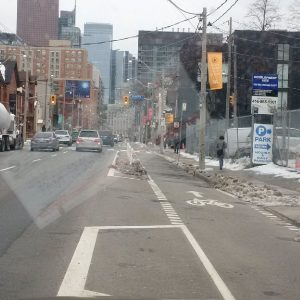 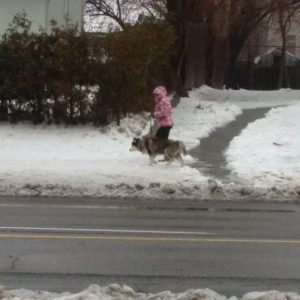 This is a snow storm, like the others we have had this winter, and the City should have cleaned the snow.

The City, however, did clear bicycle paths downtown. Meanwhile our residents had to walk on the street because the sidewalk had not been cleared.

People have called and emailed me with respect to placing a claim into the City for damages that they incurred due to physical injury or property damage.

Here is what you need to do if you want to file a claim for damages or personal injury which you incurred because of the storm:

Claims against the City of Toronto

Note: February 16, 2017 – Due to the recent severe winter weather and fluctuating temperatures, the City is experiencing higher than normal claim volumes. As a result, acknowledgements from the City Clerk’s Office and ClaimsPro may not meet the target of two business days.

Insurance claims against the City

March 14, 2018 – Immediate changes are required on the means we install mitigating traffic measures in front of schools for student safety.

Traffic Mitigating Measures in front of Schools for students safety.

I am Jim Karygiannis, Councillor for Scarborough-Agincourt Ward 39.

On February 27th, there was a fatal accident near Kennedy Public School.

My condolences go out to his family and the school community. The student was killed coming out of a pathway which runs behind the school. In order to help prevent any further accidents, the City has temporarily closed the pathway.