Written by Jim Karygiannis on October 14, 2019. Posted in Clippings 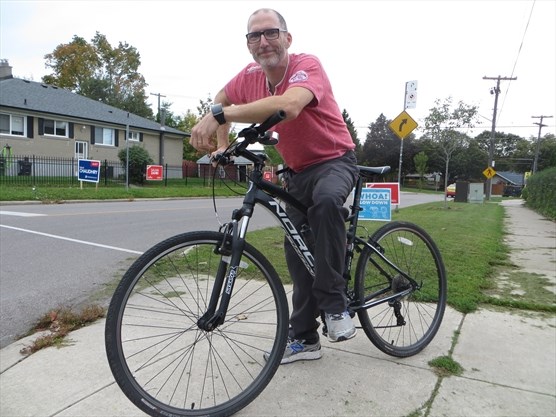 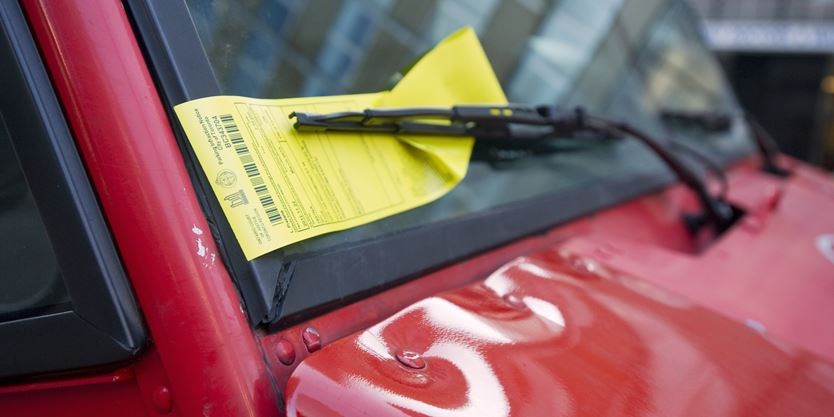 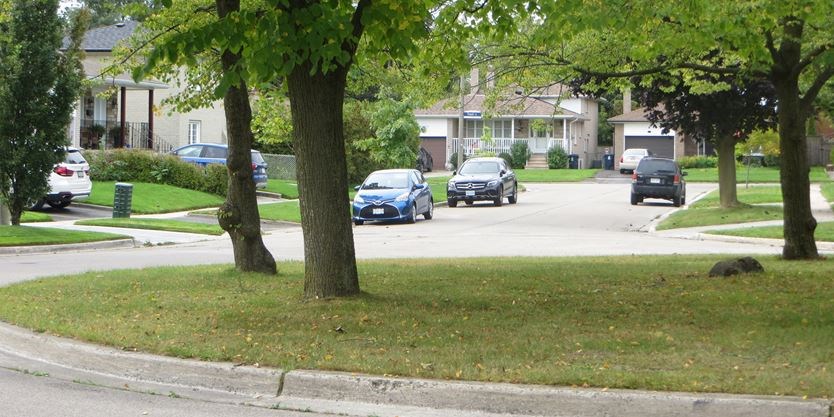 Early on Sept. 10, a Blue Hornet visited Carl Doose’s little cul-de-sac for the first time anyone could remember.

The Toronto police parking officer first chalked tires on Lalton Place, then came back at 4 a.m. to place tickets on windshields.

The neighbours, all friendly, talked. Nobody had lodged a complaint, which is usually the only way the city’s three-hour parking bylaw is enforced.

Lalton, in Scarborough’s Guildwood area, had experienced an experiment in street-by-street enforcement still rolling its way across Scarborough.

“It’s a backhanded cash grab,” he said, by a city that needs more revenue but doesn’t have the courage to raise taxes.

No permit parking is allowed in Scarborough, and driveway widths are, supposedly, strictly controlled.

When Doose’s two university-age sons are home, there are four cars and parking for three.

“So, what am I supposed to do?” he asked this week, adding many neighbours are in a similar situation.

The Scarborough project that the Parking Enforcement East office is running started in June, and George Johnstone, officer in charge of operations, says boosting ticket numbers isn’t the goal.

There are streets where someone always complains about cars on the street, Johnstone said. Some pockets of the city get hit all the time, others not at all.

During the experiment, Scarborough’s parking enforcement remains complaint-driven, Johnstone said, but officers are checking every street at least once.

After results are looked at in December, he said, enforcement may change to create a Toronto-wide strategy closer to being “fair and equitable.”

Doose is among many Scarborough residents who say they’re not doing anything wrong parking in front of their homes.

Scarborough houses, he said, “were built for different times” when households had fewer drivers, and city officials aren’t dealing with the reality of larger families.

“This neighbourhood was not built for the type of density it’s now seeing,” he said Monday, standing his bicycle on Dorcot Avenue.

“You’re having three, four or five drivers in a house that’s meant to hold one or two cars.”

Though he understands why larger households move into Midland Park, Weiser said many residents are happy to see parking bylaws enforced. Otherwise, why have bylaws, he asked.

“The streets are supposed to be open — they’re not parking lots — and yet we’re headed in that direction.”

“The rules are there to be obeyed,” argued Karygiannis, who said the number of reported rooming houses in Agincourt is down since the ban.

Got an extra car? Ask for space on a neighbour’s driveway, and “get them a bottle of wine for Christmas,” Karygiannis suggested.

Scarborough-Rouge River Coun. Jennifer McKelvie, however, said she hears from constituents, “who wake up at 2:30 or 3 a.m. to move cars so they can’t be tagged” under the three-hour rule.

Scarborough housing prices “have increased exponentially” over a decade, and this means grown children live with parents longer, while parking space remains the same, she said.

When a family has four cars but driveway space only for two, that’s a problem, said McKelvie.

In 2009, Scarborough councillors created an “exclusion zone” to keep residents on all but a handful of streets from applying for permit parking. Social-policy analyst John Stapleton has called this procedural roadblock a “ridiculous experiment in social engineering” that punishes larger families and doesn’t affect low-income rooming-house tenants.

Scarborough’s prohibition on applying for street parking “needs to be looked at,” said McKelvie, “and I am committed to working towards a creative solution.”