Feb. 25 meeting at L’Amoreaux Community Recreation Centre at 7:30 p.m. to kick off a “Save the Grace” movement meeting called to oppose Scarborough hospital cuts

Written by Jim Karygiannis on February 10, 2019. Posted in Clippings, Upcoming 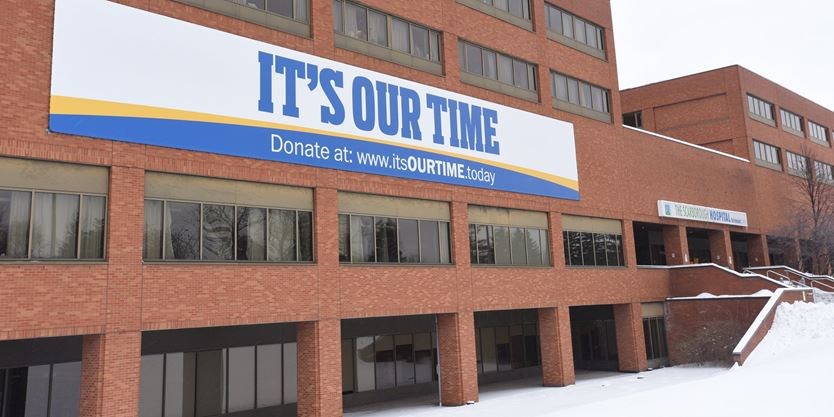 A community campaign is forming against closure of obstetrics and pediatrics wards at Scarborough Health Network’s Birchmount site, as Agincourt residents, doctors and other medical staff look to the province to intervene.

Scarborough-Agincourt Coun. Jim Karygiannis continues telling constituents the service cuts will lead to closure of the emergency room at the hospital’s Birchmount Road campus many locals still call “the Grace,” its former name.

He said he’s having postcards and buttons made to protest the plan, approved by SHN’s board on Jan. 25, and will host a Feb. 25 meeting at L’Amoreaux Community Recreation Centre at 7:30 p.m. to kick off a “Save the Grace” movement.

Hospital officials insist the Birchmount ER won’t close, and there were sound reasons found in its research for removing the women’s and children’s program from Birchmount, including a subpar safety record and declining numbers of births.

The hospital says details of how pediatricians and obstetricians at the other SHN campuses, General and Centenary, would cover needs of women and children at Birchmount will be worked out before changes are made.

Despite assurances from SHN, which had its plan reviewed by outside experts, thousands of residents and hundreds of medical staff have expressed opposition.

Denis Lanoue, president of the Heathwood Ratepayers Association, said he told hospital officials he’s outraged by the decision, which Lanoue said was made without consulting neighbourhood groups such as his in North Scarborough.

“People will be affected, and it’s a question of life and death,” he said.

Scarborough-Agincourt MPP Aris Babikian, who has accused the board of ignoring the community, said he will introduce doctors opposing the cuts to Ontario Health Minister Christine Elliot.

The Central East Local Health Integration Network, the province’s regional health-care overseer, will hear deputations from people concerned about the Birchmount plan during a Feb. 27 board meeting at its Whitby branch location.

“The board of SHN has the authority and accountability for these types of organizational decisions,” a LHIN spokesperson, Katie Cronin-Wood, said this month.