Scarborough Health Network board to hear plan for cuts at Birchmount

Written by Jim Karygiannis on January 24, 2019. Posted in Clippings

Board meeting is Thursday Jan. 24 at 4pm 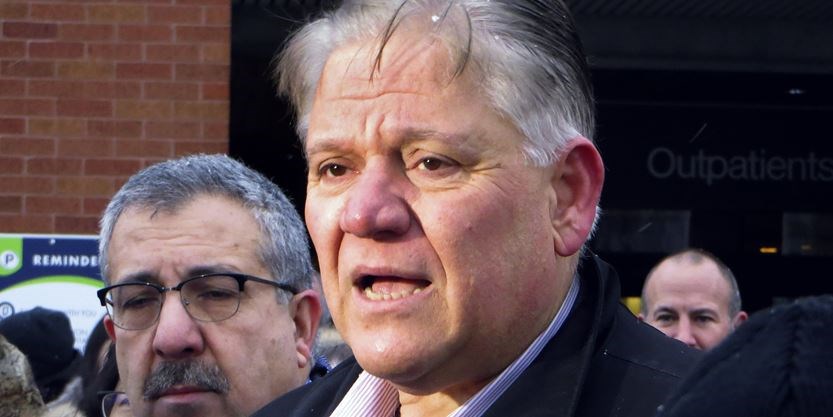 The Scarborough Health Network will include some mention of a plan to cut women’s and children’s services at its Birchmount campus during the hospital’s public board on meeting on Thursday, Jan. 24.

Originally, the proposal to pediatrics and obstetrics at the Birchmount, once called the Salvation Army Grace Hospital, was to be dealt with entirely in camera, and it wasn’t mentioned in the public agenda.

The hospital, however, added an item on a review which led to the proposal, posting the item just two and a half hours before the meeting’s scheduled start at SHN’s General site.

Scarborough-Agincourt’s MPP and a local councillor have asked board members not to take action on the proposal until the public  is shown the reasons behind it.

His offers to address the board haven’t been answered, he said.

“I’m not getting anywhere with them.”

Babikian met doctors on Jan. 18, who oppose the proposal, and has heard from many worried constituents. He said he’s trying to learn what’s behind the administration’s point of view.

“I’m not trying to prejudge anything,” said the Conservative MPP. “They are talking about different reports and studies, but no one has seen them.”

Babikian stressed the proposal “is not a government decision.”

Petitions signed by hundreds of SHN physicians, nurses, midwives and other staff say the hospital would be wrong to cut the program at its Agincourt campus, because north Scarborough contains many poor and otherwise vulnerable families.

Doctors say they only found out the proposal was going to the board Thursday through rumour.

A Jan. 21 letter, signed by chief of staff Dr. Dick Zoutman and other SHN medical directors, says the program is SHN’s first to undergo a clinical services review since the two-site former TSH merged with the former Rouge Valley Health System Centenary campus. And that report is based on input from more than 300 persons, “including physicians, front line health care providers, midwives, nurses, mothers, expectant mothers, patients and members of the community.”

Its recommendations “will help us develop a sustainable and top-notch pediatric and obstetrics program,” the letter said, adding moving to a two-site model for such services ensures “our patients are able to receive services at a facility that is well-equipped with the technology and professionals to provide exceptional care.”

The hospital on Jan. 23 also issued a release stating medical leaders at SHN had had a “productive conversation” with Coun. Jim Karygiannis “about how SHN is transforming health care in Scarborough.”

Karygiannis later said the meeting, at which dozens of doctors and nurses were also present, “went south” quickly and devolved into a screaming match.

Karygiannis said he will launch a “Save the Grace” campaign and “go to the extreme” if necessary to protect the Birchmount.

“Things are put in camera in order to kill them,” the councillor said. “Let’s talk to the community.”

SHN CEO Elizabeth Buller is hosting a “tele-town hall” at 7 p.m. next Tuesday, to answer questions about the services review for callers, and is encouraging residents to pre-register.

Six years ago, the board of the former Scarborough Hospital voted to consolidate women’s and children’s services at the Birchmount and General sites into a “centre of excellence” at one site. The hospital abandoned that plan after the Central East Local Health Integration Network (LHIN) appointed experts who pronounced it unworkable.