Written by Jim Karygiannis on December 20, 2018. Posted in Clippings

The last Toronto food bank to open in 2018 started with a woman handing out bread.

Indra Adjei saw plenty of people in her northwest Scarborough building who needed it — seniors, people who lost their jobs, people who couldn’t work.

Many of them felt isolated — and lots of times, when people from 80 or more families came for bread each Friday, it made Adjei’s day to see them smile.

“Reaching out to them is actually my passion,” she said on Dec. 14, as the Victoria Park and Sheppard Food Bank opened at 2743 Victoria Park Ave.

“What was amazing was the amount of people showing up.”

For close to four years, Adjei passed out loaves of bread, rolls and occasionally fruits and vegetables delivered to the Toronto Community Housing high-rise’s community room by City Street Outreach, a Toronto charity.

A tenant representative, she’s now in charge of volunteers for the new Daily Bread food bank serving the building, its next-door twin, 2739 Victoria Park, and anyone else in need, every Friday from 4 to 6 p.m.

Instead of just bread, there’s also milk, eggs and more.

“Every little bit actually helps; it helps a lot.” 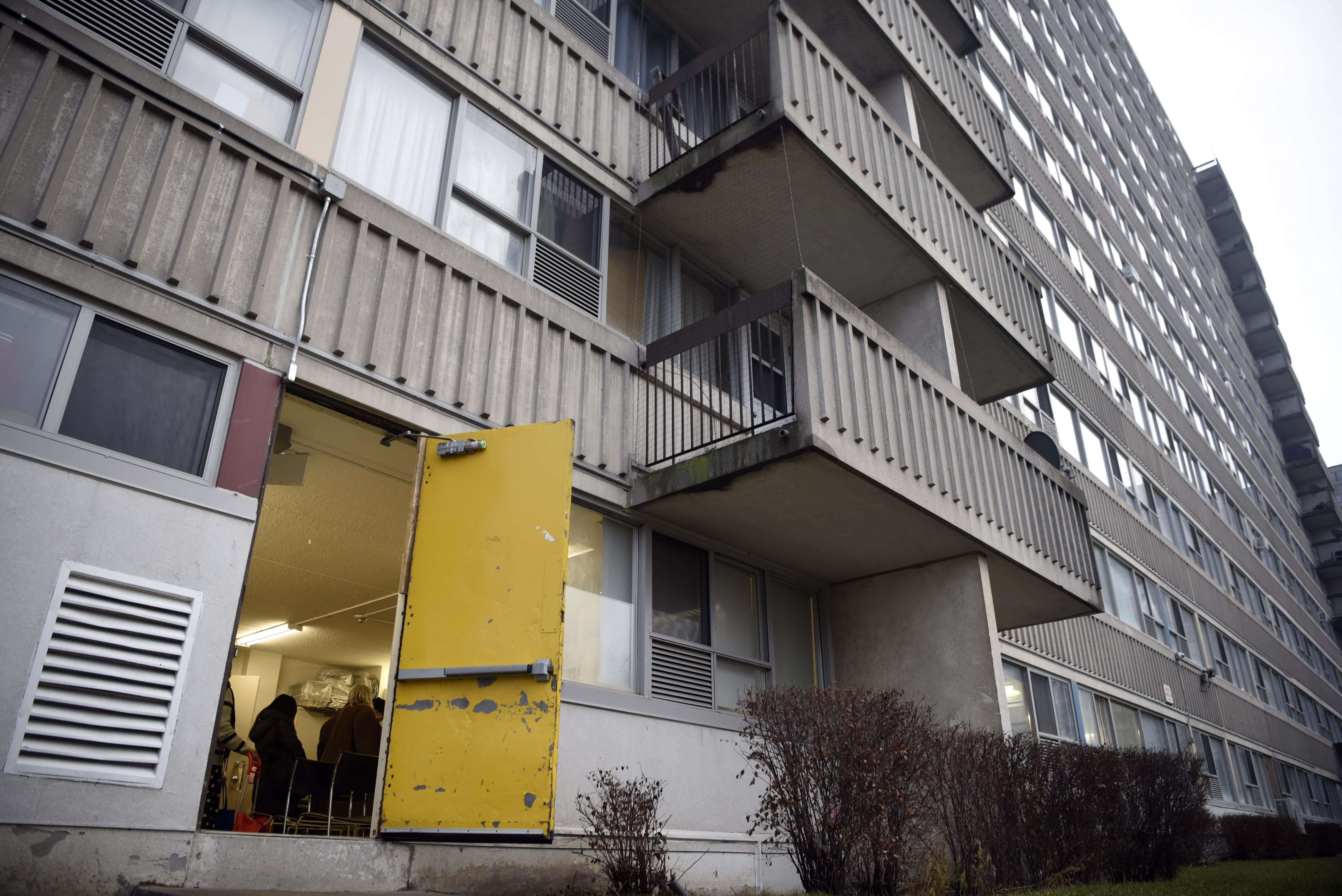 Daily Bread, as a supplier, has seen food bank use rise 86 per cent in Scarborough over the last decade, and decided this year to boost food deliveries to 20 “priority neighbourhoods” across Toronto by June 2019.

Scarborough contains 13 of those districts. Several, including L’Amoreaux — where the new food bank is — aren’t designated Neighbourhood Improvement Areas by the City of Toronto.

The 3,000 pounds of food heading weekly to Victoria Park and Sheppard will help Daily Bread reach its goal, called the 20-20 Vision, said Sarah Kiriliuk, its marketing and communications director.

The new location is Daily Bread’s 14th in Scarborough, and also the only one which won’t close over the Christmas holidays due to lack of volunteers, she said. 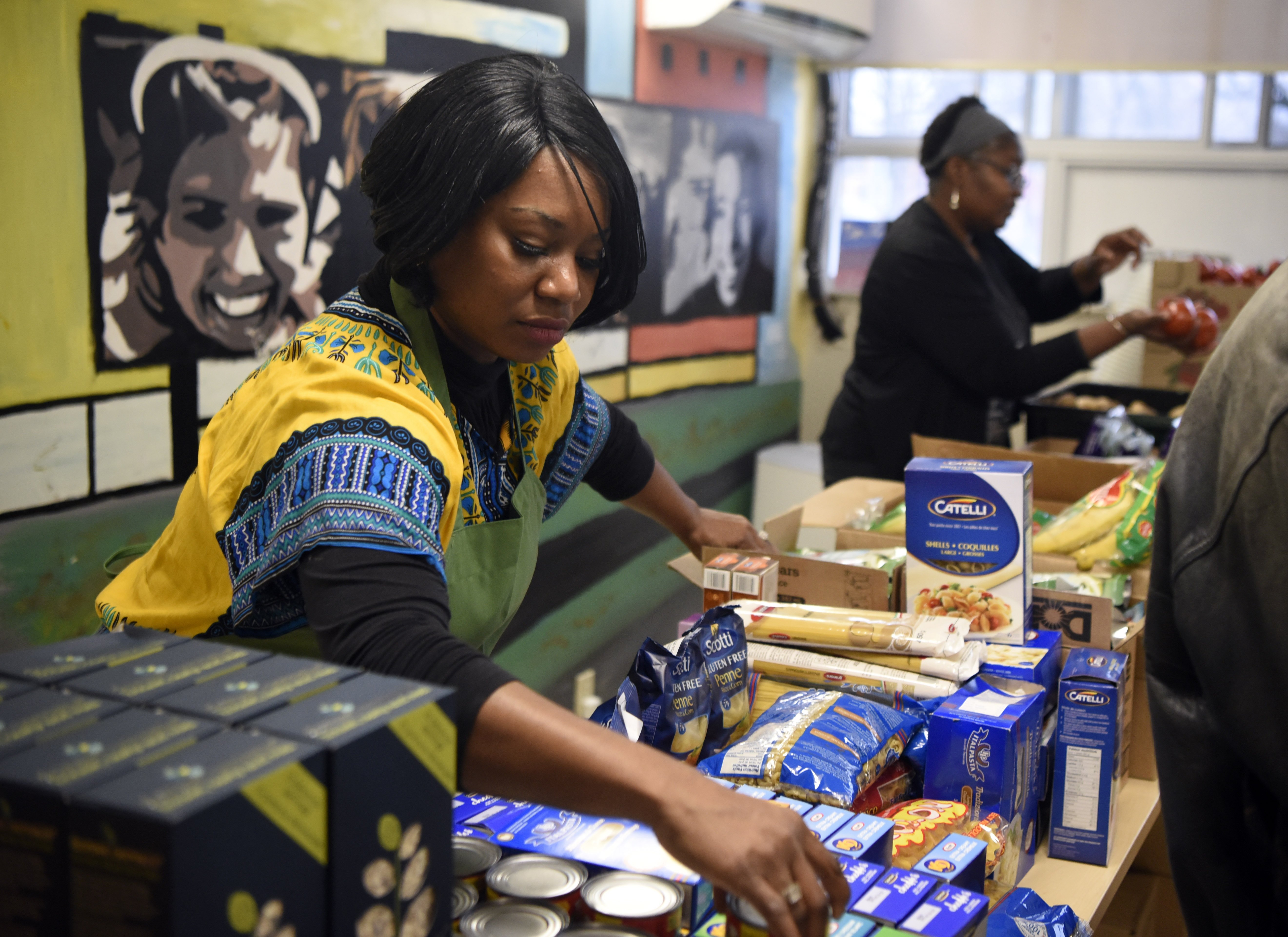 Besides food, people who visit can get referred to agencies for help with other needs, Simpson said.

Victoria Park and Sheppard is among the few food banks operating in Scarborough TCHC buildings.

“As long as we have the space, and there’s a need, and the community wants it, then we’ll do our best to meet that demand,” said Andrew Cox, the housing authority’s community services co-ordinator for the area.

So far, 75 per cent of the food bank volunteers live in one of the buildings, which have 400 units between them, he said. 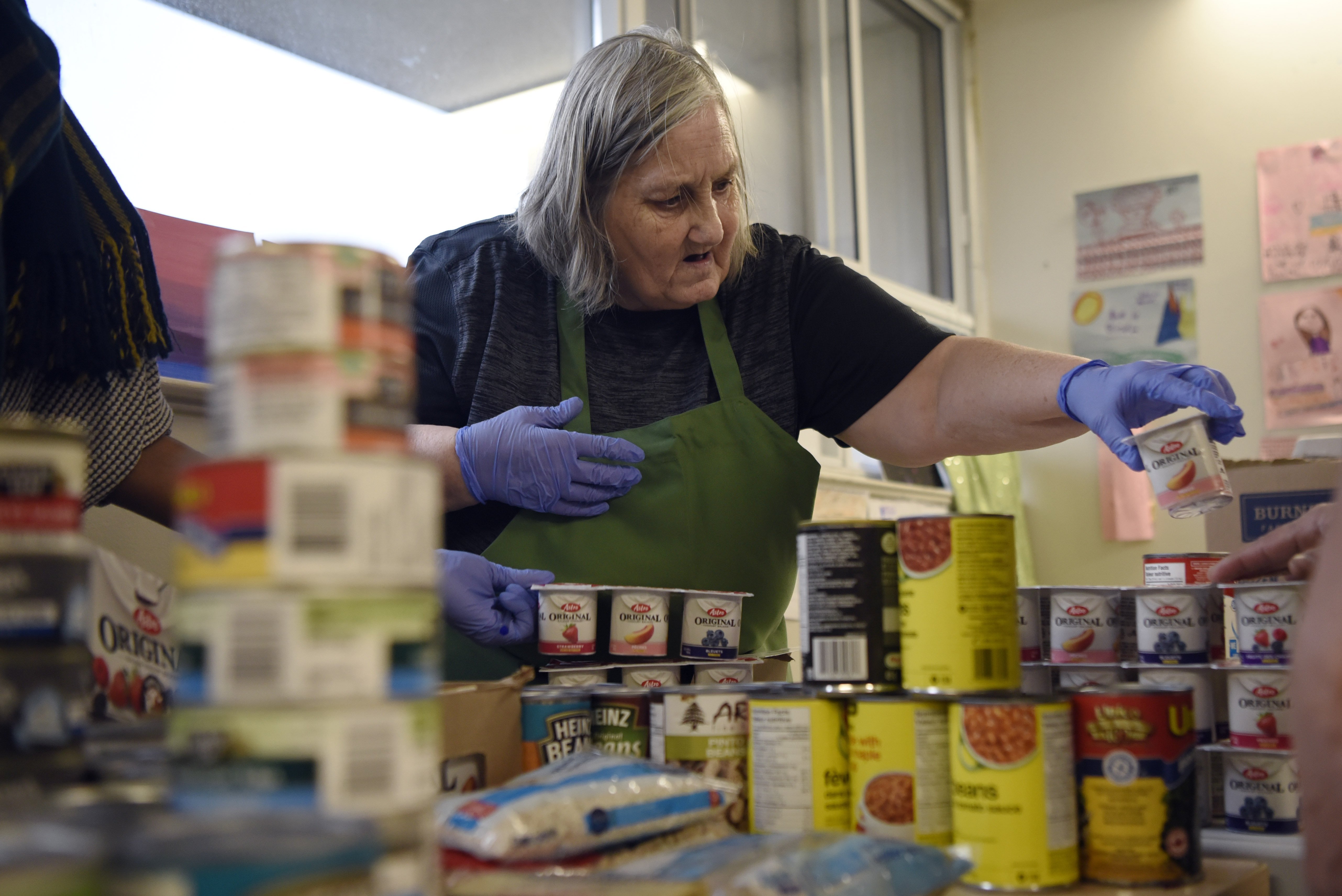 Jim Karygiannis, the local councillor, was at the opening expressing his support: “If you’re going to give, just give one more item, because there’s people out there that need it,” he urged people in Scarborough.

Karygiannis also hoped for a day when food banks are unnecessary. “I’d like one day to put you out of business,” he told the volunteers.