August 1, 2015 – Letter to The Chief of Police Chief Mark Saunders re: UberX Vehicles

Written by Jim Karygiannis on August 1, 2015. Posted in Media Releases

The legitimate licensed taxi operators are asking that your officers uphold the law.

Please find attached a picture, which I took of an UberX vehicle outside the home of former Toronto Police Services Board member and current advisor to the Minister of Community and Safety Correctional Services, Hamlin Grange.

While I was talking to some of my constituents, this particular driver had stopped and asked us if we had order a taxi.  We indicated that we had not.  He then drove down the street, stopping in front of a home further down the street.  There was no indication on the vehicle that it was a taxi.

I went to speak to the driver and asked him why he was driving for UberX and was he not aware that UberX was an unlicensed operation and that he was breaking Ontario laws and municipal rules and regulations.

I also advised him that his insurance would not cover his passengers should he be involved in an accident.

I was shocked when he stated that he was a cab driver and his taxi was “laid-up in the garage” because it was involved in an accident.

At this time, Mr. Grange and a few others had come out to get into the vehicle ride.  I took the attached picture and returned to meet with my constituents.

I have sent you numerous emails with respect to UberX vehicles which have been reported to be operating in our City forwarded to me by Toronto Citizens.

Enforcement by the City is taking place against the UberX drivers which they are operating without a legitimate taxi permit.  City Council overwhelmingly voted for by-law and police officers to enforce the City rules and regulations with respect to these drivers

When will you instruct the members of the Toronto Police Service to enforce the Ontario Highway Traffic Act with respect to UberX drivers?

I thank you in advance for your assistance and cooperation, 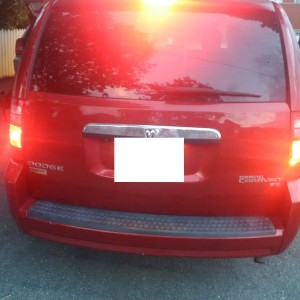